The Goddess, The Buddha, Adulthood. 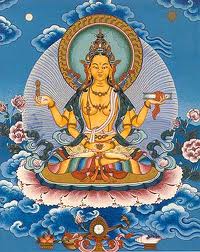 It’s been 8 years since I wrote a thesis exploring models of reality as presented by a then-controversial 2nd century Gnostic Christian and an important Buddhist thinker who was his contemporary.

All the while, books exploring the nature of reality, the nature of the mind, treatises on the human condition and meditation, religious texts, and religious philosophy from Buddhist, Islamic and Christian perspectives rested, undisturbed, on my book shelves.

As a matter of habit I explored spiritual training in esoteric fields, blending the study of goddess-based spirituality with my role as a mother.  I’d always had a strong leaning toward earth-based religious philosophy for its vividness and common-senseness.  I’m an avid environmentalist – at least in principal if not always in action – and found that the philosophies of wicca were a natural match for me, values-wise.  But somehow I wasn’t reaching into myself, wasn’t improving, and wasn’t feeling peace.

I gazed longingly at my book shelves.  During my studies I’d been fully immersed in an ocean of religious philosophy, metaphysical philosophy, and inquiry into devotion and ritual practice.  My immersion in that place ebbed and flowed all around me, pulling me here and there, keeping me always available to and eager for the next revelation. It was an endless place of exploration, my peers fellow travelers and explorers in that place.

The book shelves proffered up a book that wasn’t purchased as part of my studies.  But it seemed to be calling me.  A little book I’d purchased in Cambridge at a small Tibetan shop years earlier … The Dalai Lama’s Book of Transformation…

Surprisingly, I took it from the shelf and read it, devoured it.  And something really magical happened.

2 responses to “The Goddess, The Buddha, Adulthood.”